Popular television actress Shilpa Shinde has recently joined Congress at a function in Mumbai. The Sanjay Nirupam, Maharashtra unit chief of the party, welcomed her. The party leader Charan Singh Sapra was also at the function.

Shilpa Shinde Joins Congress, 42, made her TV debut in the year 1999 and has worked in Bollywood as well. She gained immense fame with her character in Bhabhi, a soap opera. The talented actress reinvented herself and was back with a bang with the super hit TV sitcom Bhabhi Ji Ghar Par Hai, in which we saw her playing Angoori Bhabhi, a role which won her millions of fans. 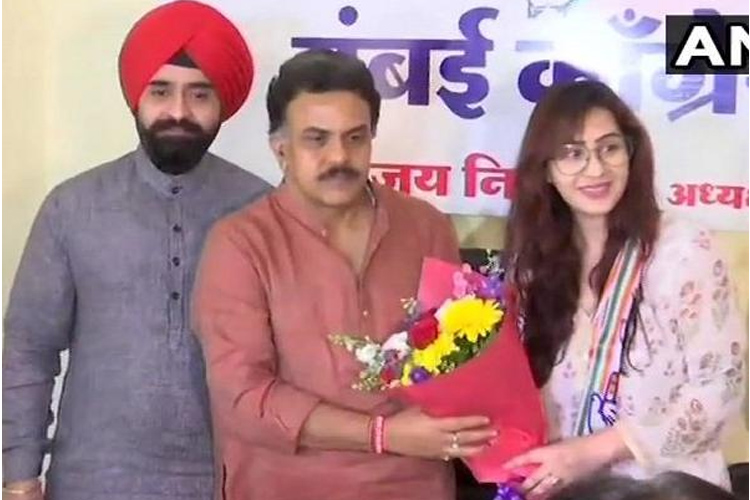 In 2016, Shilpa Shinde Joins Congress bid her bye to the show and Shubhangi Atre replaced her. This was due to some differences and clashes she faced with the show-makers and producers. Shilpa Shinde Joins Congress was next seen in Bigg Boss 11 in October 2017. She was not only one of the most loved contestants of the show but also went on to be the winner, beating famous TV faces like Hina Khan, Priyank Sharma and Vikas Gupta.

What’s up with Congress?

Popular celebrities joining Congress is a good sign for the party. We hope Shilpa Shinde Joins Congress excel in the field of politics too and give us the powerful and honest politician that the country is in dire need of. In the year 2014, Congress won just 2 out of 48 constituencies of Maharashtra in the Lok Sabha elections. The part may be contesting the coming general elections in alliance with NCP of Sharad Pawar.

NCP leader Praful Patel was recently quoted saying, “Of the total 48 Lok Sabha seats in Maharashtra, both NCP and Congress may possibly contest on 20 seats each. The remaining eight seats will be allotted to others allies”.

Will Rani make a successful comeback with her upcoming movie Hichki?