Recently, the Indian Army took the Twiterrati by surprise as it claimed to have discovered the footprints of a Yeti around the Makalu base camp of Nepal on 0th of April. Indian Army even tweeted pictures of the mythical creature of Nepali folklore as well. Their Twitter post read, “ For the first time, an #IndianArmy Mountaineering Expedition Team has sited Mysterious Footprints of mythical beast ‘Yeti’ measuring 32×15 inches close to Makalu Base Camp on 09 April 2019. This elusive snowman has only been sighted at Makalu-Barun National Park in the past.”

What exactly is the legend of ‘Yeti’? 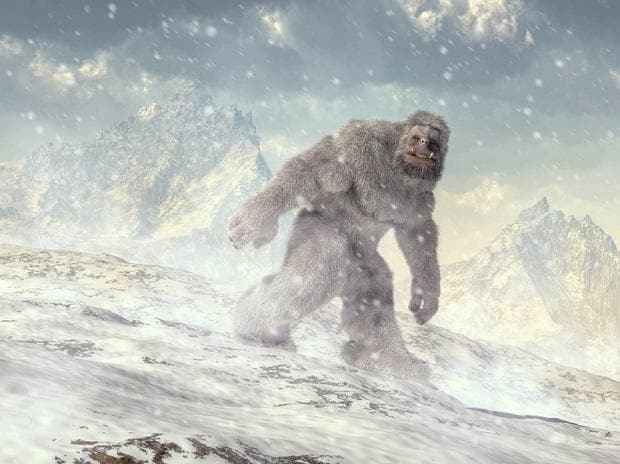 The legend of the Abominable Snowman or the Yeti dates back to 1920s. As per the fable from Nepal, Yeti is an ape-like being which strolls in the Himalayas but the creature has never been spotted nor is there any evidence of its existence. British explorer coined the name ‘Yeti’ as he was the first person to document similar footprints in Tibet’s Lhakpa La region. The Abominable Snowman is also known as Kang-mi which means snowman and Meh-Teh, meaning a man-bear. The popular culture has still kept alive the legend of Yeti and various games, films, music as well as genres of literature mentions about it. However, scientists don’t believe in its existence and keep debunking the theory, calling the footprints and supposed sightings as the traces of various other species such as bears that live in hilly areas.

What are the netizens’ reactions?

The Indian Army’s twitter stirred a lot of social media talks, making Yeti Footprints one of the top trending topics on Twitter. While some congratulated for the discovery, many even trolled the army, negating their claims.

Tarun Vijay, former MP of BJP congratulated the Army and tweeted, “Congratulations, we are always proud of you. salutes to the #IndianArmy Mountaineering Expedition Team. But please, you are Indian, dont call Yeti as beast. Show respect for them. If you say he is a ‘snowman’.”

7 Best apps for meditation and mindfulness

India is set to start its first ever garbage café in...

White January makes the Himalayas the perfect haven for Instagrammers