We all know the background of PM Modi before he became one of the most influential people in the world. But then there were certain things that we were not aware of and in the latest posts by Humans Of Bombay, PM Modi talks in detail about his childhood and how he ended up in politics and later on being the Prime Minister for the biggest democracy of the world.

As a child, he used to live in a small house and then selling tea and gradually paved his way to being the Prime Minister of India. In this post, he opens up all about his past.

PM Modi talks about their 40×12 ft house which, he narrates, was enough for a family of 8. He would begin his day at 5 AM in the morning while his mother was imparting the conventional type of curing and therapy to newborns and small kids.

“She didn’t have the fortune of getting an education, but God was kind and she had a special way of curing ailments. Mothers would line up outside our house every morning because she was known for her healing touch.”

He tells that his yester-years were about finding a balance between his studies and personal life so that he can have some time for work.

“I would open my father’s tea stall at the railway station, clean up and head off to school. As soon as school ended, I would rush back to help him, but what I really looked forward to was meeting people from all over the country.”

While working at the tea stall PM Modi got the opportunity and time and he made sure that he listened to the stories of many people who stopped by his stall. Not just that he also heard the traders speak about ‘Bambai’ and he always wanted to visit the city of dreams. 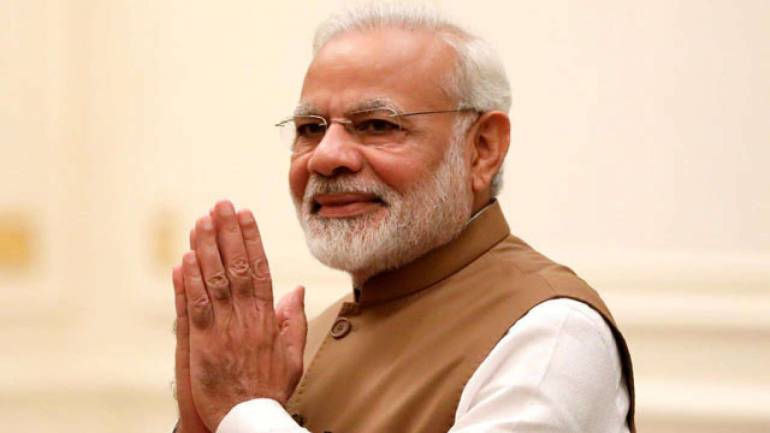 When he first attended the RSS Meeting he was just 8 years old and this was his first stint in the political field.

“I was 8 when I attended my first RSS meeting, and 9 when I was a part of an effort for the betterment of the lives of others – I set up a food stall with my friends to help the victims of the floods in parts of Gujarat. I wanted to do more, but I was aware that we had little means.”

He would never give up his sense of being well-dressed and looking spic and span even though his family couldn’t afford an iron. And how he used to do is –

“I would heat some coal, use an old ‘lota’, wrap a cloth around it and press my clothes – the effect was the same, then why complain?”

“So if you ask the 8 year old Narendra Modi, running around serving chai and cleaning his father’s tea stall, whether he even dared to dream about becoming the Prime Minister of India, his answer would be no. Never. It was too far to even think about.”

Pulwama Terror Attack : India Ready to Fight Back After the...

Reasons To Drink Fine Whiskey This Winter Be Royal