More than 40 Central Reserve Police Force (CRPF) jawans lost their lives and over twenty others got injured in a blast that occurred in Pulwama Terror Attack Jammu and Kashmir on 14th February. Militants targeting two vehicles carrying CRPF jawans triggered the blast.

A terrorist from Jaish-e-Mohammed rammed a vehicle laden with explosives through the bus in which the jawans were travelling. The bus that was mainly impacted by the blast belonged to the 76 battalion of CRPF. The death toll is most likely to rise.

Parties Stand Together in Solidarity While the tragedy has left every Indian heartbroken and angry, it is a relief to see how all the political parties, keeping their rivalry aside, have come together to stand in solidarity at this time of suffering. Narendra Modi, Rahul Gandhi, Priyanka Gandhi, Mamata Banerjee and many other politicians are standing together in solidarity and are condemning the “cowardly act”. Rahul Gandhi has said that the Opposition is going to stand united with the Indian government. Modi has promised that our nation would give a befitting reply to the terrorists. They have expressed their deepest condolences and support to the families of those who lost their brave sons in the Pulwama Terror Attack.

Mamata Banerjee recently joined a candle march held in Kolkata for demanding justice and praying for the departed souls while Nitish Kumar has called for a ‘stern action’ that needs to be taken against all those who were involved in the killing of the jawans at Pulwama Terror Attack.

What’s in Store for Pakistan?

The Centre has scheduled an all-party meeting today for deliberating upon the issues arising from the Pulwama terror attack. In the meeting, the government will inform the Opposition leaders regarding the action that will be taken for tackling situations post the attack. The meeting will be chaired by Modi.

Modi cabinet has come to a decision of initiating steps for ensuring total diplomatic isolation of Pakistan. Indian Finance Minister Arun Jaitley stated, “The MFN status that had been granted to Pakistan stands withdrawn”. In World Trade Organization (WTO) MFN status stands for Most Favoured Nation and it means non-discrimination — treating virtually everyone equally.

PM Narendra Modi has warned Pakistan that it cannot weaken India by striking attacks and all those responsible will have to pay a “very heavy price”. He has also stated that the security forces will be provided a free hand for dealing with the terrorists. He has asserted that the sacrifices of the CRPF jawans will “not go in vain” and have granted permission to the security forces for taking decisions about the nature, place and timing of their response. “This is an India of new convention and policy” he said. 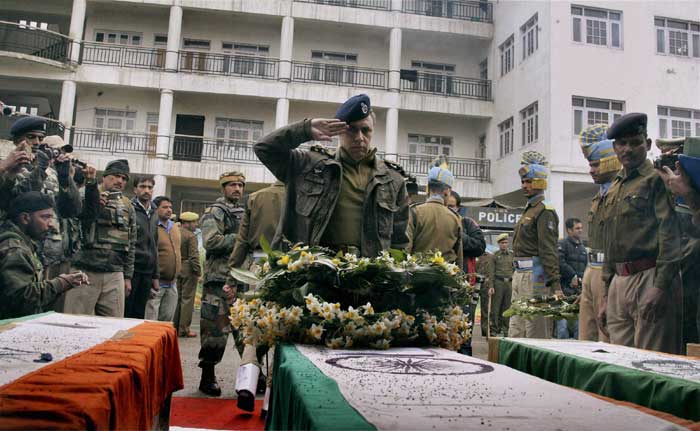 The entire nation is in deep mourning and condolence services are being carried out throughout the country. You can help the families of the brave martyred soldiers financially through PayTm as well those who died in Pulwama Terror Attack . Our hearts reach out to all those who lost their loved ones and we all stand united at this moment of tragedy.

Reasons that Make Sunday the Absolute Best Day of the Week

CBDT Claims to Have Yielded Crores of Money from the Properties...