One of the many Unsolved Mysteries of Jagannath Puri is that no bird can be seen flying around the temple’s Gopuram. Usually, birds always fly near tall structures but the Gopuram of Jagannath Puri is one such exception near which no bird flies. The area is a No-Fly Zone and there is no explanation as to why this happens.

Defying the Power of Winds

The saffron and yellow coloured flag fluttering at the top of the Gopuram never flies in the direction of the wind! Yes, you read that right. The flag defies all the powers of the winds and chooses to fly in the opposite direction of the wind flow! Sounds unusual, right? Still, there’s no explanation for this Unsolved Mysteries of Jagannath Puri as well

The Temple Casts No Shadows!

One of the many Unsolved Mysteries of Jagannath Puri Believe it or not, the main dome of Jagannath Temple does not cast any shadow. It is as if a supernatural intervention has barred it from this terrestrial occurrence. Is it an engineering feat, an architectural marvel or a phenomenon which can only be associated with a greater force? Well, no one knows! There are just questions and conjectures, no answers.

The Largest Kitchen of the World! 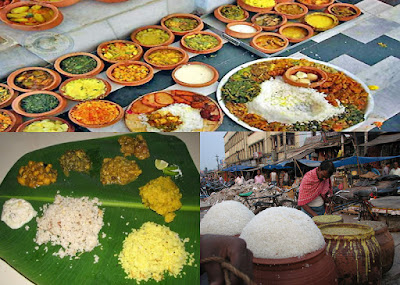 Jagannath Puri’s kitchen is regarded as the largest and the biggest kitchen of the world! The kitchen has 32 rooms with over 600 cooks and 400 assistants who prepare the food offered to the deity and taken by the devotees as ‘prasaad’. The temple kitchen possesses 250 earthen ovens as well. Another Unsolved Mysteries of Jagannath Puri is even though the quantity of the prepared food is same every day, yet it successfully feeds all the devotees irrespective of the differences in the number of visitors which may range from 3,000 to 30,000! There is no surplus or shortage of food here!

Defying the Laws of Geography

The Mystery of Cooking Pots

The food that is prepared in the Temple’s kitchen is cooked in the earthen pots. These pots are place one, on top of the other on the firewood in the hearth. The amazing part is, the food gets cooked uniformly and what is in the topmost pot gets cooked first and the ones below it are cooked as per the order of their positions with the bottom-most pot getting cooked the last. Well, that’s another level of bizarre.

The Mystery of Sudarshan Chakra

One of the many Unsolved Mysteries of Jagannath Puri ,The Sudarshan Chakra is a wheel made out of 8 alloys that is mounted on top of the longest Gopuram or Shikhar of the Temple. The circumference of this wheel is nearly 36 feet. What would blow your mind is the fact that the wheel always seems to be facing you no matter at what position you are standing in!

These were some of the mind blowing Unsolved Mysteries of Jagannath Puri Temple, Puri which have always remained unsolved and have always given birth to many theories, questions and guesses. Visit this Temple at least once in your life to experience its science-defying, logic-defying magnificence and architecture.

10 Things You Dare Not To Say To A Mumbaikar

10 Modern Indian Poets Who Will Make You Fall In Love...

8 Rocking Holi parties that you can be a part of...