The Vengeance Between India-Pakistan Doesn’t Seem to End. Since yesterday, most of the Indians are raving about the Indian Air Force fighter planes that swooped into Pakistan’s airspace and killed around 300 military fighters in a devastating strike at the camps. However, as per the claims of Pakistan, the strike was nothing but Indian jets dropping their payloads on an abandoned countryside. The strike occurred near Balakot, inside Khyber Pakhtunkhwa of the Pakistani province and not in the conflicted Kashmir area.

Despite the two contrasting accounts, this was for the first time in fifty years than an Indian aircraft made its way past the Line of Control that separates the two nations for hitting targets on the soil of Pakistan. This act became a marker of a potentially serious increase in Vengeance Between India-Pakistan nations. In account of the strike, Pakistan Government stated yesterday that the country would “respond at the time and place of its choosing.” At the fall of evening, we got reports of a mortar fire Vengeance Between India-Pakistan troops across Kashmir’s much disputed border line.

A vicious cycle of revenge

The strike was in response to the February 14 terror attack at Pulwama that killed more than 40 CRPF jawans of India. Pakistan’s extremist militant outfit Jaish-e-Mohammed’ claimed responsibility of the attack and even though the group has been designated as the terrorist organization by the U.S., Pakistan government has allowed the group to operate in the borders of Pakistan and as per reports, is also supported by elements in the military establishment of Pakistan for advancing its interests in the area.

When it comes to India, the attack in Kashmir proved to be crossing the red line. Moreover, the national elections are just around the corner and Prime Minister Narendra Modi grabbed the opportunity of burnishing his hawkish reputation and satisfying the larger public demand for revenge. The officials of Pakistan stated that India’s airstrike on the terror camps within Pakistan put the regional peace of the area “at grave risk” and also gave a warning of retaliation.

An Eye for an Eye 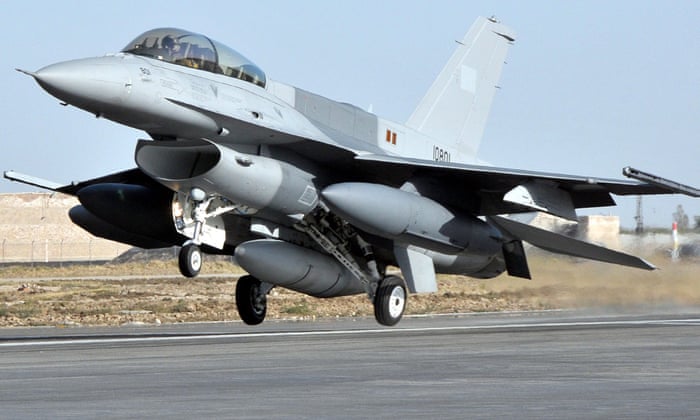 As per the recent claims of Pakistan, the country has carried out airstrikes across the ceasefire line of conflicted Kashmir and have apparently, gunned down two Indian fighter planes which responded by making an entry to the Pakistani airspace. Both the pilots of the jets have also been captured. One of them is admitted to a hospital for injuries while the other is under interrogation.  On the other hand, India has claimed to have shot down an F-16 fighter plane of Pakistan at the ceasefire line of Pakistan which divides the two armies of Kashmir.

Apart from banning Indian ad and films, Pakistan has apparently set up a ‘non-military target’ over Kashmir’s ceasefire line without making an entry to the Indian airspace for demonstrating its “right, will and capability for self defense”.

What the governments of both the nations are failing to understand is war and Vengeance Between India-Pakistan is never the solution for peace. Bloodshed, killings and bombings would never resolve issues that the two neighbors having been holding against each other since decades. In this hour of crisis, we can just hope that most, if not all, issues are resolved, peace is restored and no other innocent life is taken away in this process.

Thanks to Gomathi Marimuthu, India Gets its First Gold at the...

Kickstart your festive season with these upcoming events in Delhi-NCR this...